Mental health is a critically important issue that can sometimes slip the mind in the stressful, pressure-cooker environment of college. Fortunately there exists resources on campus that can help you through a tough time or whatever problems you may be facing. With finals coming, it is even more important to make sure your stress and mental health are under control.

Note: If you are thinking about hurting or killing yourself, please stop and call the National Suicide Prevention Lifeline at 1-800-273-TALK (8255). The lifeline exists to connect individuals for 24/7 help with skilled, trained counselors in the area. There also exists a UCPD 24 hr dispatch line which can be reached at 310-825-1491.

END_OF_DOCUMENT_TOKEN_TO_BE_REPLACED

Living in Westwood is a lot of fun for us UCLA-ers. There’s movies, plays, tons of shopping, and Diddy Riese, of course. But what about the food?! Here’s 8 Westwood restaurants that don’t always get the attention they deserve.

END_OF_DOCUMENT_TOKEN_TO_BE_REPLACED

Covel is rebranding itself, and what better way to celebrate their new items than by dropping in for your own little taste test? Here are some excellent reasons for you to #GetitatCovel:

END_OF_DOCUMENT_TOKEN_TO_BE_REPLACED

So maybe you’re tired of Rendezvous boba, or maybe you like  it and want to try something new. That, or you’re a boba snob and you really want to know whether or not we have the same tastes in boba. I don’t know. The point is is that we’re gonna do a short little boba guide on all the places nearby you should definitely check out.

END_OF_DOCUMENT_TOKEN_TO_BE_REPLACED 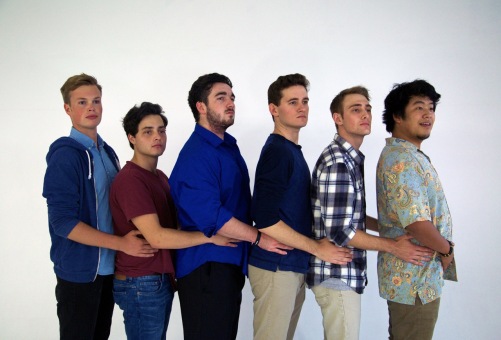 A Hot Chocolate Party sounds like a mostly quiet affair full of sipping, but for six Los Angeles-based comedians the name invites viewers to take a look at their mix of outrageous sketch comedy and video game themed rap music. The comedy group, most of whom are Bruin alumni, treat online audiences to their sweet mix of funny material. The group sat down with On The Hill to talk about the origins of their group, their progression as comedians and their future plans as Hot Chocolate Party.

END_OF_DOCUMENT_TOKEN_TO_BE_REPLACED

Spring quarter is the best quarter, hands down. There’s a certain energy in the air. The first years have begun to acclimate and feel comfortable at school. The older students are excited for summer. Everyone walks around with an extra gait in their step. Some people have great summer internships lined up. Others look forward to lazing around for the whole summer. Such is the nature of an academic culture as ambitious as UCLA’s.

That being said, we’re excited to hear about what everyone is doing this summer. Leave a comment on our facebook post featuring this article. We’ll interview the most exciting idea! (Hint, hint: if you have a cool startup that you’ve started or are working for a great cause that needs promotion, we are your mouthpiece).

For those of you who don’t know about the First Take Film Festival hosted by Studio 22, it’s pretty awesome. Studio 22, the on campus video production team, aims to use this Film Festival to promote student filmmakers who live on the hill. It’s a great way to get your film shown to a large audience and get a gauge of how well received your film was. The top film will also get a prize! For those of you that want to know more about the process of submitting a film to this year’s festival, we talked to two Studio 22 filmmakers, Morgan and Ricardo, to get their perspectives!

END_OF_DOCUMENT_TOKEN_TO_BE_REPLACED

This year’s version of the UCLA Jazz Reggae Festival has a new venue, and unfortunately one less day, but still has the a great lineup for students and UCLA community members to jam out to. Here’s the On The Hill Guide to the artists performing at this year’s festival. For ticket info visit this link.

END_OF_DOCUMENT_TOKEN_TO_BE_REPLACED In this week’s student spotlight, we sat down with Beat Rhino, a beat boxer who has been featured in multiple Spring Sing performances with groups such as Bruin Harmony. Learn more about how the name came about find out his favorite dining hall!

When I started beatboxing, it was with my best friend Eric. One day, one of our friends came up to us and said that Eric’s style is quiet and clean, while mine was powerful like a Rhino. I added “Beat” as a thing that beatboxers sometimes attach to their artist names, like “SFX” (sound effects) in “Faith SFX”.

The global beatboxing scene is small, but definitely has been growing in the past couple decades. There’re still people who don’t know what beatboxing is, but there have been many beatboxing videos that have gone viral and national as well as international beatboxing competitions around the world. Right now, Europe has the biggest scene, followed by the Americas and Asia.

My first breakthrough was winning the 2013 Grand Beatbox Battle Wildcard competition, in which a video I submitted was selected among a hundred or so others. Then I won the American Beatbox Championships for the first time in that same year. I think I won these titles because I had a unique set of sounds and style, as well as putting in a lot of time, being persistent — that was my third wildcard competition, and second national championship, respectively — and being open to jamming with other people.

Yes. It already is my career, except I go to school. Maybe if I decide to go into something else later, I’ll keep it as a side interest, but definitely no plans of that as of right now.

I played Clarinet for about 7 years til 11th grade, but I haven’t played in a while.

It feels great. I feel really blessed that I am recognized and people like what I put out. It’s crazy because when I started coming out on social media, no one knew who I was and I just put out content hoping that people would see it, not expecting big numbers like 1 million views or anything. Even though I don’t have anything close to those numbers still, I have a growing fan base that is really supportive of me, largely because of social media.

I also feel really blessed to be part of the Asian American movement. I guess it’s kind of funny because on some of my videos, people will comment “Level: Asian”.

My favorite is Feast. Even though it’s hit or miss and unhealthy, I go there the most. When the food’s good, it’s amazing! And if I don’t like it, I can opt out to other dining halls or off campus restaurants.

Performing at Spring Sing with Bruin Harmony. It was awesome because that was the first (and last) year I was in an A Capella group, we had a whole choreography to go with our song, and I had a dubstep solo. It was a really fresh experience. I miss that moment as well as being with the group.

The newer Sproul dorms. New, centrally located and close to campus. Hitch would be cool too since it was recently renovated and has a basketball court next to it, although they’re pretty far from classes.

You can check out Beat Rhino’s videos here: https://www.youtube.com/user/soulfullhuman/featured

Welcome to On The Hill!

An Insider's Guide to ResLife 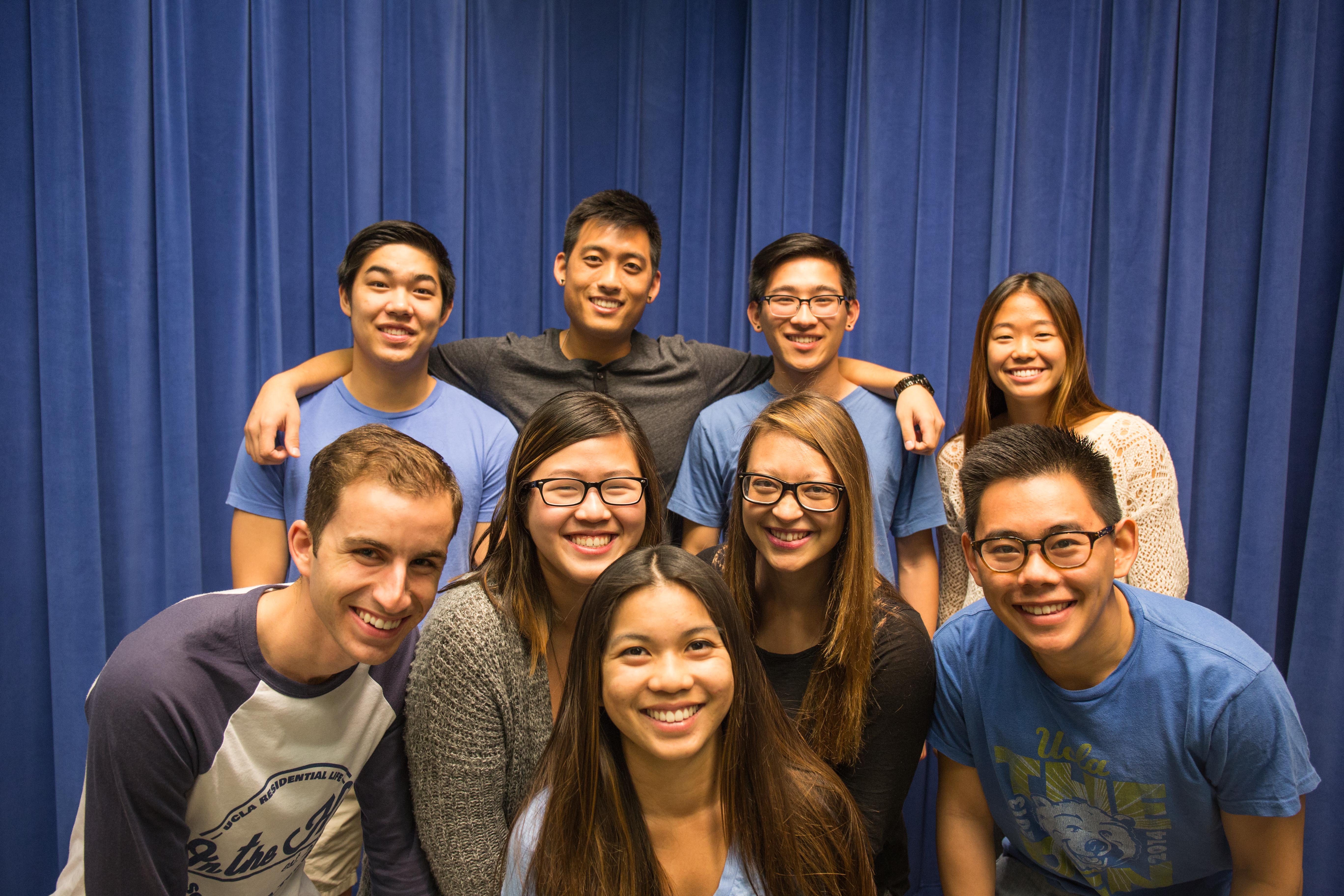